Start a PowerShell console with Administrator privileges and run the following :


After the command has exited, we can expect the following to be true: 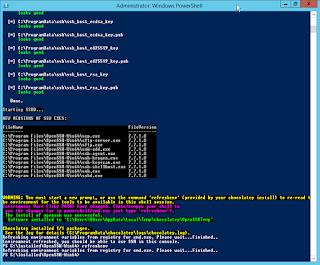 HISTORY OF THE ONE-LINER COMMAND
AND ITS BACK-END SCRIPT


The original command (from DarwinJS/ChocoPackages) reads as follows:


WHAT ABOUT INSTALLING CHOCOLATEY ONLY ?
(WITHOUT THE SSHD SERVICE)

If you wish to install SSH later, you can still run the original command even if Chocolatey is already installed (the Choco installation step will just be skipped).

PREVENT SYSTEMATIC CONFIRMATIONS
(WHEN YOU KNOW WHAT YOU ARE DOING)


Chocolatey always asks if you are sure about installing a piece of software.

One way to address this problem is to always specify the `-y` switch when invoking `choco install`. For instance:

But you can also disable this behavior altogether, on a global scale, forever, by running the following command: 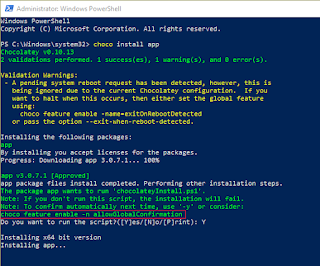 It's probably a dangerous thing to set up, but it's really nice when you are familiar with the tool and use it repeatedly.

Chocolatey is like a package manager, but for Windows; a bit like the famous `apt-get` or `aptitude` for some GNU/Linux distros (`dpkg` for Debian, `yum` for Fedora/RHEL/CentOS or `dnf` for RPM-based distros in general, `yast2` or `zypper` for OpenSuse, `emerge` for Gentoo, `pacman` for Arch). So it allows you to install software easily and effortlessly and the catalog of supported installs is growing.

I have created a curated list of my favorite ones; the ones I would install right away on a new computer, whether it is for work or even for home computing.


Please find GitGui-InstallTools.sh as a public Gist on Github.


It is designed to add utilities to the default Git GUI. 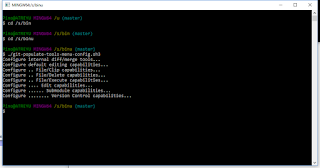 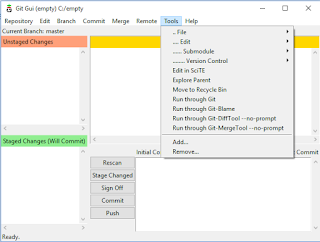 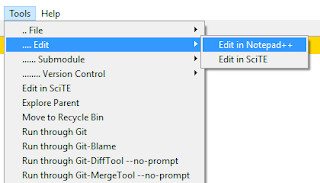